Periodontics is the dental science of the periodontium. It primarily treat periodontitis, an inflammation of this periodontium, which can ultimately mean tooth loss.

Periodontitis (commonly referred to as periodontal disease) is mainly caused by adherent plaque. When there are dangerous bacterial germs, which only at the outer edge of the gum line, then progressively inflammation (bacterial gingivitis) trigger. As a result of the chronic inflammation of the gums, this retreats slowly. First, the necks are free, later even the jawbone is attacked with the periodontal ligament contained in the tooth socket. The tragedy of this is that the destruction of the gums and bone substance is triggered by the effect of your own immune system. To combat the bacteria, enzymes and antibodies are released, which also attack and dissolve the body's own tissue.

Of the approximately 500 bacterial species native to our oral cavity, however, only five truly aggressive periodontitis germs have been identified. However, these are also capable of living under oxygen exclusion, which is why they find optimal growth conditions deep in the periodontal pockets.

The best protection against periodontal disease is strict oral hygiene, avoiding smoking and preventing metabolic diseases such as diabetes mellitus or long-term untreated caries. Moreover, It is interesting that there is a close connection between periodontitis and heart disease. The periodontitis germs are abducted via the bloodstream (during bleeding gums) from the mouth to the heart and can settle there, for example, in the heart valves. The same seems to apply to the bacterial colonization of joints, which eventually causes arthritis.

What does a periodontist do?

How is periodontitis treated?

Treatment of periodontitis is a lengthy measure depending on the degree of disease. First, the plaque and calculus are removed. After rinsing and repairing the periodontal pockets, the gums must be calmed and the inflammation eliminated. In severe cases, remediation is by antibiotics. After a thorough professional tooth cleaning, the patient will usually receive training on how to improve his / her oral hygiene. This is to ensure that there is no reinfection. Depending on the severity, damage to the jawbone may have already occurred, which must be rebuilt (augmentation, bone augmentation). Even lost teeth can only be replaced with an implant.

Periodontitis as contraindication for implants

An active periodontitis is an exclusion criterion for the bone structure and the implant. In both cases, germs can be trafficked during the surgical procedure, which then in the heart or in the joints to complications such. As heart failure or arthritis can lead. In addition, it may lead to infection of deeper tooth sections and the tooth root, which would eventually result in the loss of the tooth. Therefore: Always treat and rehabilitate periodontitis, then rebuild bones and insert implants if necessary. Your periodontist will gladly advise you on this. 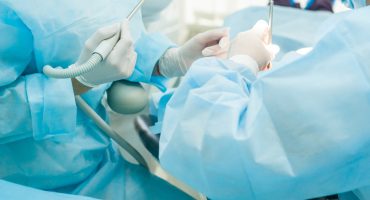 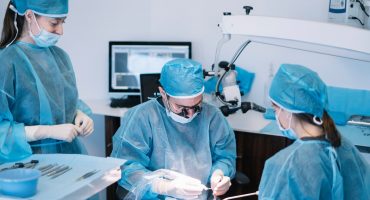 Oral and maxillofacial surgery, abbreviated MKG, is also known as cranio-maxillo-facial surgery. This special field deals with diseases of the oral cavity, jaw and face. 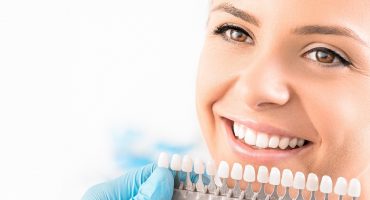 Aesthetic dentistry is a scientific discipline whose main task is to carry out dental restorative measures in accordance with aesthetic principles. It builds on all other areas of dentistry and adds to the holistic view of facial harmony.