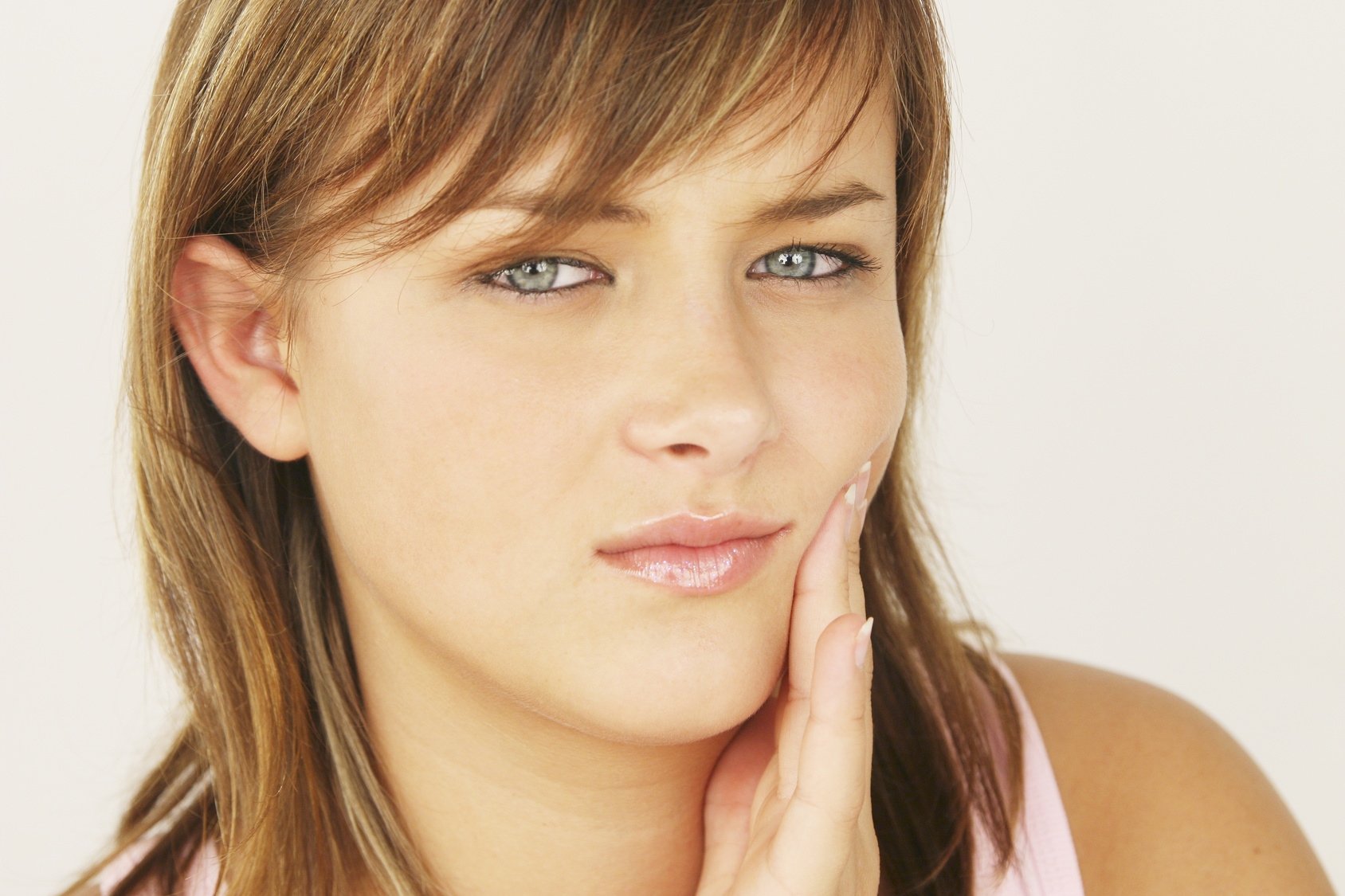 Aphthae are small, milky-yellowish structures on the gums or the oral mucosa. They trigger a painful inflammation of the mucous membrane, which usually disappears by itself after a few days.

Aphthae are predominantly on the gums and oral mucosa, but may also be located on the tip of the tongue, on the inside of the lips, or on the upper palate. If one examines the oral mucosa more precisely, one discovers milky-yellowish spots, which are surrounded by a reddish edge. The stains are often no larger than a few millimeters, but in the worst case can also have a diameter of up to 3cm. These are the so-called aphthae. The affected area hurts, itches and burns, especially during the intake of food and drink.

Aphthae are not contagious and do not require special treatment. However, pain can be alleviated by locally anesthetic ointments or gels. Since the inflamed mucous membrane is also a slight target for bacteria and can cause further diseases, one should additionally resort to germicidal and disinfecting mouthwashes.

To date, it has not yet been scientifically clarified which causes can lead to the formation of aphthae. However, it is believed that there are certain factors that can act as a trigger for aphthous ulcers. On the one hand, these include mechanical stimuli of the mucous membrane, due to poorly fitting braces or prostheses, which constantly rub against the gums and oral mucosa. Even old, blunt toothbrushes and the wrong brushing technique can cause mechanical irritation.

Also, common factors that have poor body effects are suspected of causing aphthae. Frequently, aphthous patients also complain of stress, depression, lack of sleep or overwork. Of course, if the immune system is weakened, a variety of diseases can occur. In addition, experts suspect that a lack of vitamin B12 or zinc could play a role in the occurrence of aphthae.

About the causative triggers for aphthae there is no scientific proof, but only guesses. In the following, the most common theories of aphthous ulcer formation are briefly explained.

Some scientists think it is imaginable that aphthae are caused by an autoimmune reaction of the body. These reactions always occur when the body's defense cells not only defend themselves against hostile bacteria but also against the body's own structures, e.g. the mucous membrane cells. This causes small wounds on the oral mucosa and can lead to the formation of aphthous ulcers. This theory suggests that patients with certain autoimmune diseases such as Behcet's disease, Crohn's disease, etc., are more likely to develop aphthous ulcers.

Allergies are also part of the autoimmune diseases, because the body also defends itself against the body's own messengers. Especially in patients with food allergies (most common against citrus or gluten-containing foods), more aphthae occur.

Another theory holds it possible that viruses (especially herpesviruses) are the cause of the onset of aphthous ulcers, because a very similar disease, stomatitis aphthosa, is triggered by the herpes simplex virus. However, which virus is supposed to be responsible for the aphthous ulcer has not yet been determined.

If the blood circulation at one point of the body is bad, there are wounds that are particularly well formed, because only poorly new cells can be delivered for wound healing. It could therefore be that in the places where aphthae arise, the perfusion of the oral mucosa is disturbed.

Deficiencies in certain nutrients and vitamins can trigger a wide variety of diseases. For the formation of aphthous ulcers, for example, a lack of vitamin B12, folic acid or zinc is scientifically discussed, but there is no concrete evidence here.

Certain ingredients in foods, toothpastes or medications do not only encourage but also trigger the onset of aphthous ulcers. The ingredients sodium lauryl sulfate, sodium dodecyl polyoxyethylene sulfate or triclosan, which are contained in many toothpastes, are directly suspected to cause aphthae. The situation is similar with certain dyes in food or drug ingredients.

All three types of aphthae have one thing in common: they hurt when chewing, swallowing, drinking and sometimes speaking, depending on where they are located on the oral mucosa. Although aphthae are annoying, they are almost always harmless.

In about 80 percent of the cases are so-called minor aphthae, which are about two to ten millimeters in size and appear as yellowish-white patches on the oral mucosa. In some cases, aphthae are additionally filled with a clear liquid. Aphthae can appear anywhere in the oral cavity, but usually they settle directly below the lip.

On the surface of the aphthous a white, skin-like coating forms and around the edge of the aphthous a clear redness can be seen. In most cases, the aphthae burst open and an open wound on the oral mucosa develops, which involuntarily causes inflammation and pain. Minor aphthae usually heal on their own in one to two weeks without leaving scars.

Major aphthae affect significantly fewer people. They become, as the name implies, larger than the Minor aphthae and can reach a diameter of up to 3cm. They cause deep wounds in the oral mucosa, which are sometimes very painful. Just like the minor aphthae, they are covered in a whitish gray coating and burst after a few days. The healing process can take up to several weeks, depending on size and depth, and scars can be left behind.

Herpetiform aphthae are even rarer than major aphthae, and occur predominantly only on the edges of the tongue and on the insides of the lips. This type of aphthous is very small and always appears in a cluster of several vesicles. Because they are very reminiscent of herpes blisters, they are often mistakenly mistaken for a herpes simplex infection. Just like the other two types of aphthae, herpetiform aphthae disappear on their own after about one to two weeks.

Due to their characteristic appearance, aphthae can be diagnosed quite well, as milky-yellow structures in the mouth are already quite easy to recognize for the layman. There are no specific detection tests. The dentist also resorts to the purely visual diagnostics of aphthae. Herpetiform aphthae are easily confused with a herpes infection by laymen.

Certain oral mucosal lesions may in some cases resemble the appearance of aphthous ulcers. The stomatitis aphthosa caused by herpes viruses is characterized by a rather high number of aphthous-like structures in the mouth. In children, chickenpox can also affect the oral mucosa and cause a similar picture. However, the rash then also affects the rest of the body, so that the distinction is not difficult. Also, a generalized rash, the so-called erythema exudativum multiforme, which is accompanied by fever and severe malaise, can cause aphthous-like patches on the oral mucosa.

Aphthae usually disappear after just one week, regardless of whether they are treated specifically or not. Also, there is still no effective drug that is helpful against all aphthae. In severe cases, e.g. in the case of major aphthae, a special cortisone ointment can provide relief as with all inflammations. If the aphthae are triggered by viruses, naturally so-called antivirals must be used. Since, however, under normal circumstances the cause of aphthous infestation is not recognizable, such treatment should be discussed in detail with the dentist.

One can, however, try to relieve the pain caused by aphthae and to treat the inflammation already caused by the aphthae. Best suited for this are so-called local anesthetics, which are applied directly to the affected areas and locally stun them. In the pharmacy, these are available in the form of ointments, gels or sprays. Although the use of this type of medication alleviates the pain, the aphthae do not heal faster.

Many people affected by aphthae also swear by propolis, a substance that bees collect from the buds of deciduous trees and thus strengthen their honeycombs. Propolis appears to adhere to the aphthy much longer than a local anesthetic, thereby not only lessening the pain faster, but also effectively longer. Some patients also report accelerated wound healing after the use of propolis. However, pollen allergy sufferers should refrain from using it, as an allergic reaction can not be completely ruled out. Furthermore, irritation of the gums often occurs during prolonged and frequent use, which is why propolis should only be used for short acute treatment.

When to the doctor at aphthae?

In general, there is no reason to visit a doctor in case of aphthous infestation, because aphthae are not dangerous, not contagious and disappear again just as fast as they came. However, if they are regularly affected by aphthae and return in ever shorter intervals again, one should think of the clarification of an infamous for aphthous disease.

If one of the two lesser-known forms of aphthae, either the major aphthous ulcers or the herpetiform aphthae, has appeared, it is also advisable to visit the dentist for sequelae such as scars on the oral mucosa or an attack of the inflammation on other areas of the oral cavity avoid. 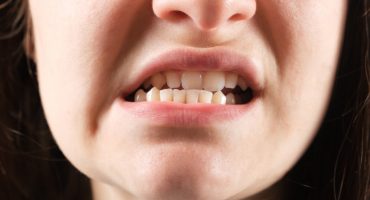 Deformations of the teeth and jaw are not isolated cases, but a serious problem. They cause visual impairment and also often favor gingivitis (periodontitis) and tooth decay. Inflammation of the mucous membrane is also possible due to a malposition. 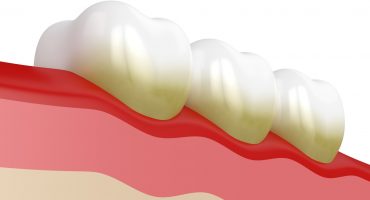 Tartar is a solid, cementitious deposit near the gum near the gum line that can not be removed by brushing or rinsing. 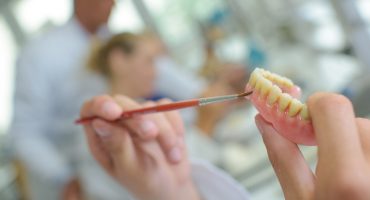 Carefree smile and laughter without teeth - unthinkable. Even speaking without teeth is a real challenge for both the speaker and the listener. Last but not least, the food is no longer enjoyable, because a toothless jaw fulfills the chewing function only inadequately.